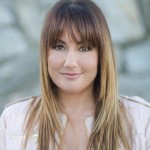 A former US Marine, Dylan began writing in 2012, often penning darker-themed stories. Recognizing many issues facing the erotica genre, he established several resources to enable writers to collaborate, including a group of Facebook-based erotica forums. In his albeit brief writing career, he has taken on e-book pirates, cyberbullies, and social media policies which seem biased against genre authors. Dylan also has software development experience, which has been helpful in the creation of several online resources to help the genre.

An experienced author in the erotica genre, some of Selena’s work is not for the faint-hearted or squeamish, and has at times garnered negative attention from censorious individuals, groups and content publishers. This adversity led her to become a staunch advocate for free expression–not solely for her own writing, but for other writers who have found their works criticized or banned. Her work includes a highly successful blog and even her own e-publishing website.

Selena works closely with the board of directors and is a special consultant with expertise in these areas of “blue ribbon” free expression.